You’ve got your turbo set up in the spare room or shed, there’s a towel draped over the bars to catch the sweat, a fan set to overdrive to imitate that cooling headwind. All you need is to choose the soundtrack to this session of suffering. There’s no doubt that turbo training is amply aided by good music but in these days of shuffle does anyone ever listen to an album all the way through? Here’s a prod in the direction of five albums to coax you out of shuffle and onto the evil turbo.

Electro pioneers Kraftwerk recorded what must surely be the Großvater of all cycling-related albums. Tour de France Soundtracks takes the spirit and concept of their 1983 single Tour de France as its hub and expands eleven spokes outward to form an unashamed, spinning celebration of cycling’s greatest race. You only need to take a glance at the track listing to find yourself on familiar ground. From the opening Prologue, through Tour de France Etapes 1, 2 and 3, onto Chrono, Aéro Dynamik, and Titanium, this is an album that covers all bases, taking your turbo-session on a mini grand Tour adventure. The track Elektro Kardiogramm even has samples of a heavy-duty heartbeat and some laboured lungs at full puff, just in case you aren’t working your own hard enough. If cycling is poetry in motion then this album contains what is perhaps the best cycling poetry ever written:
“L’enfer du Nord Paris-Roubaix, /La Cote d’Azur et Saint Tropez, /Les Alpes et les Pyrennees, /Derniere etape Champs-Elysees.”

Never Mind The Bollocks lasts about as long as the punk phenomenon itself, a concise 38 minutes and 47 seconds, so even the least motivated should be able to make it through a Sex Pistol’s sound-tracked session on the turbo. The longest track on the album, Anarchy in the U.K. lasts a measly 3 minutes and 32 seconds so this is an ideal album for practising your sprints to — all level-three stuff that’s guaranteed to send your heart rate monitor into overdrive. And if you are lacking in motivation, what better than the musical equivalent of a Doc Marten boot up the backside to get you po-going? Just try and avoid spitting on the carpet as you pedal furiously toward nihilist oblivion. 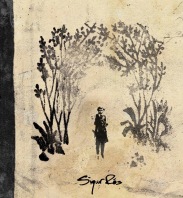 Sometimes cyclists need the anger and aggression of a sadistic directeur sportif to motivate them through a turbo session, occasionally even the hardiest wants nothing more than to be softly sponged by a caring soigneur. Perhaps it’s the day after a hard Sunday slog and you’re only on the turbo to loosen off those lactic-leaden legs. What you need on your headphones is something like Takk by Sigur Ros. Iceland isn’t a country that usually springs to mind when most people think about cycling, but when it comes to ethereal post-rock look no further than the volcanic isle. If the Sex Pistols are the musical equivalent of a shot of amphetamine then this is a dose of soothing cortisone. (Let’s just keep that last sentence quiet in case these albums end up on the UCI banned list.) All you need to do is get into a low gear, pedal a nice smooth rhythm and float along the imaginary road. 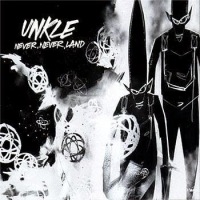 Indecision afflicts the best of us from time to time. One day you might be in the mood for a speedy session of turbo suffering, on another you might be inclined toward a lazier, longer haul. For those times in between when you simply can’t decide try Never Never Land by UNKLE. This musical mélange mixes styles as diverse as indie and hip hop, and features guest vocals from artists as diverse as Jarvis Cocker and Massive Attack’s Robert del Naja. It’s the musical equivalent of a ride that combines a bit of everything, with climbs, descents, flats, headwinds, tailwinds and a lot more in between. Let the pace of the songs dictate your rhythm, cruise along to the moody, understated Glow then jump up a gear and throw in a Jens Voigt attack to the driving bass of Panic Attack. Anyone who’s ever ridden a turbo will know that boredom and pain are the twin evils you must keep at bay. Whilst music can’t do much for the latter this album certainly tries its hardest to end the ennui. 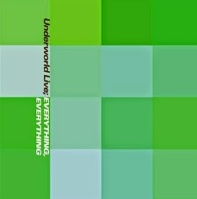 Everything Everything is musical motivation that’s a million miles from the jack-boot up the jacksie of the Sex Pistols’s Never Mind…. Underworld’s unique techno experience escapes your headphones as euphoric electronic encouragement rather than the threat of imminent punishment. This is dance music that would get even the recently deceased up and on the dancefloor, and if it doesn’t get your pedals spinning, your heart beating and soak your carpet with sweat then you might as well put the turbo on ebay and channel your limited energy into a new hobby – perhaps stamp collecting? As it’s a live album, why not imagine that crowd is cheering for you, (don’t worry, it will be our little secret), you’re in the final stages of a Spring Classic and if you could only keep up with the beat that great victory would be forever on your palmares. Remember, you’re riding the turbo – look mum no hands – so there’s nothing to stop you throwing your arms up in ecstatic celebration. Turn the lights off, grab a glow stick and rave, rave, rave, er, I mean rev, rev, rev your way through those winter blues.

What’s your favourite turbo-training album? Leave your inspirations in the comments.

2. To Lose La Trek by Campag Velocet
“Needs must when the devil drives.” It’s safer inside on the turbo when Lucifer’s out there on the road.

3. Rose Rouge by Saint Germain
A slick slice of French nu-jazz that was used two years in a row by British Europsort as their Tour de France theme tune.

4. Anything from the album Peleton by the Delgados
Great title for an album by a band named after the Spanish Tour winner.

5. Bike by Pink Floyd
“I’ve got a bike. /You can ride it if you like./ It’s got a basket, a bell that rings, and things to make it look good.” Is it a carbon fibre basket Syd?

6. The Pushbike Song by The Mixtures
“You looked so pretty as you were riding along.” Why thank you.

7. Bicycle Song by The Red Hot Chilli Peppers
“How could I forget to mention the bicycle is a good invention?”

8.Broken Bicycles by Tom Waits
“Broken bicycles, /Old busted chains, /Rusted handle bars, Out in the rain.” Winter weather wreaks havoc on man and machine and that’s why we’re inside and on the turbo.

9. All I Wanna Do – by Cheryl Crow
“All I wanna do is have some fun.” Not so easy to remember when you’re on the turbo that cycling is supposed to be fun. Cheryl’s sentiment no doubt helped Lance toward that seventh and final Tour victory.

10. Break on Through by the Doors
Damiano Cunego’s favourite band, inspired the Piccollo Prince to break on through out of Simoni’s shadow at the 2004 Giro. Might hot have such startling results on lesser mortals but should at least help you break a sweat.

(This article first appeared in Cycling Plus magazine.)