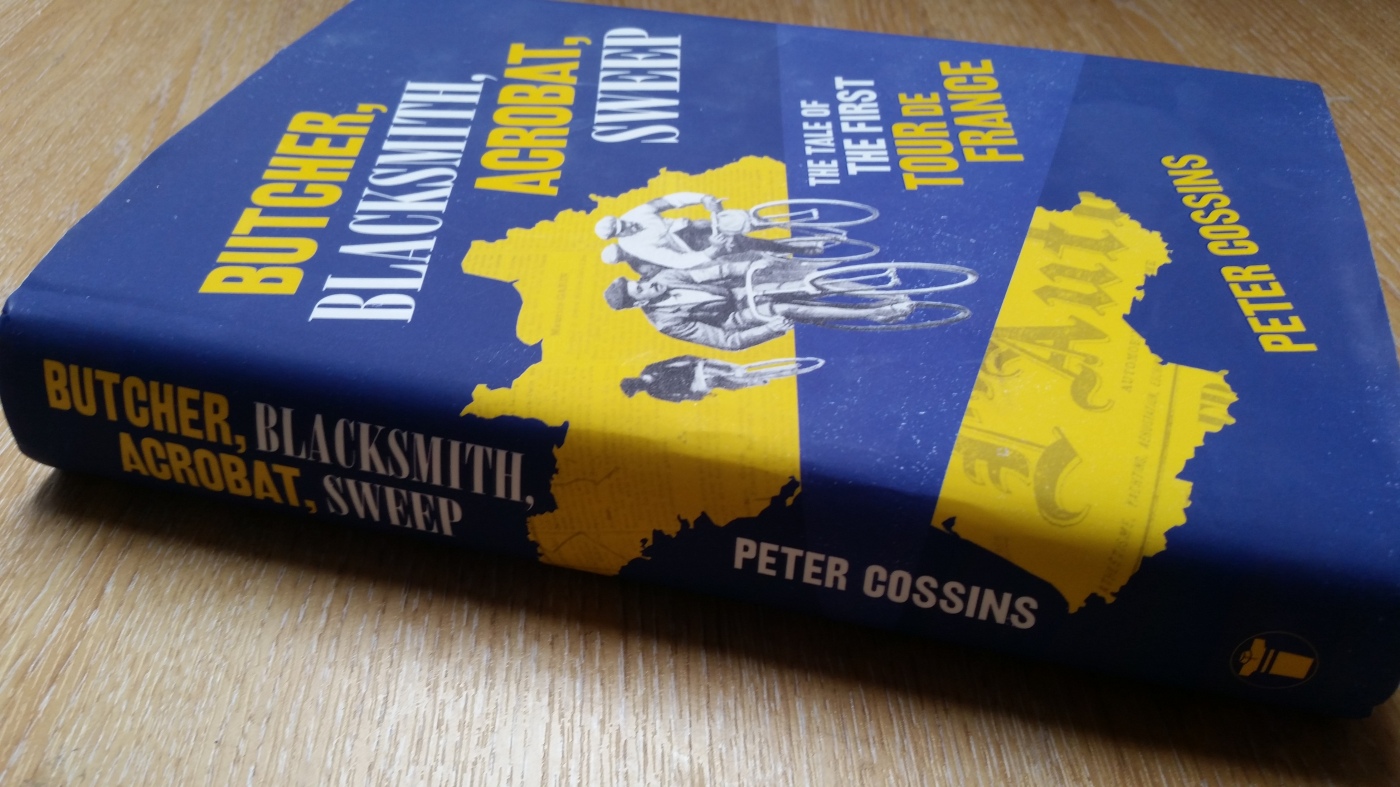 Butcher, Blacksmith, Acrobat, Sweep – The Tale of the First Tour de France by Peter Cossins (Yellow Jersey Press) is part explanation of how the world’s greatest bike race came into being, and part sporting reportage of the inaugural Grand Tour’s monstrous stages. There’s a lot of historical detail packed in here but, thanks to Cossins’ telling and the nature of the events being told, none of it makes for dull reading.

The concept of a Tour de France by bike was a madcap stunt so out there it was almost binned at the planning stage but, as Cossins explains, this was La Belle Epoque, an era of optimism and economic prosperity, when no idea was too big and the belief in technological and scientific progress made almost anything seem possible.

The originator of this particular piece of madcappery was Géo Lefèvre, correspondent for the newspaper L’Auto. His editor, Henri Desgrange, was looking to create and promote an event that would boost the flagging sales of their newspaper and, more nobly perhaps, revitalise French manhood and restore national pride. However, as Cossins puts it:

“…quite unwittingly, Desgrange and Lefèvre stumbled on to the public’s desire for entertainment at its most extreme, a contest that pushed the participants to their physical limits.”

In comparison to that first running, the modern-day Tour de France is a far more benign beast. The six stages of 1903’s debut edition took in around 2500km (that’s an average of more than 400km per stage) much of them ridden through the night with only dim, oil headlamps to light the way. The bikes of the period were heavy steel-framed, wooden-rimmed machines with a single fixed gear. The roads were mostly dirt tracks, meaning blinding and suffocating dust in the dry, treacherous mud in the wet. Many of the competitors had no team back up, and there were no domestiques to bring bidons or provide shelter from the wind.

As Cossins highlights, for the likes of eventual winner, Maurice Garin, hardship was part and parcel of normal life. Nicknamed ‘The Little Sweep’ (the Sweep in the book’s title), it seems that he had led a life sufficiently tough to make any bike race feel like a holiday. I mean, who wouldn’t choose a bike ride (even one this insanely hard) to a life spent stuck up a chimney? 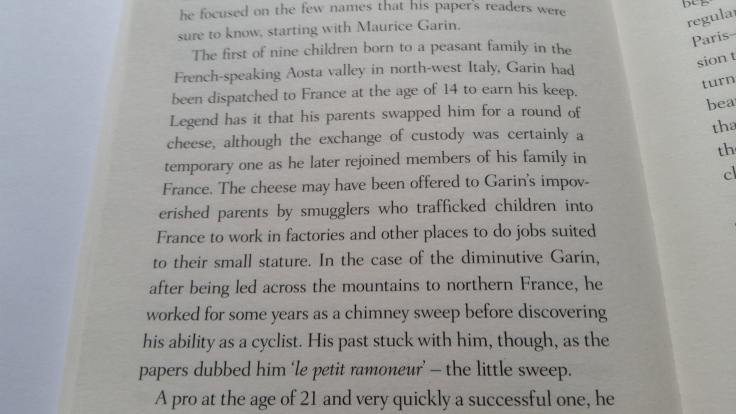 Most cyclists (myself included) have read about and watched our cycling heroes over the years and imagined ourselves in their cleated shoes. The first Tour reads like several hardships beyond even my imagined sporting limits. If someone asked me to ride 450 km across dirt roads on an ancient single-speed bike I’d need a year to train for the event, a hefty financial incentive, and I’d still say no — actually, I’d say, no of course not, are you f***ing crazy?!

Reading the detail in Butcher, Blacksmith… is a humbling, mind-blowing experience. You can discern the origins but modern cycling is a far more civilised affair. There are still saddles, pedals, handlebars, wheels and sore legs, but it almost doesn’t seem like the same sport at all.

It’s the details I enjoyed reading about the most, the fascinating little insights Cossins provides into the lot of cyclists 100 years ago, their equipment — from the primitive bikes to woolen jerseys — the tactics, the food and drinks consumed. Rest assured, there were no citrus-flavoured gels back in the day:

It’s no spoiler to tell you that despite the many doubters, and the many travails along the road, Lefèvre and Desgrange pulled off their crazy stunt. That first Grand Boucle was a success and, well, the rest is cycling history.

So, whilst the current peloton is busy whizzing around on 6kg carbon bikes, being fed by nutritionists and pampered by teams of personnel, take some time to read about the bad old days and the pioneers (organisers and riders alike) without whom there would be no yellow jersey, perhaps no Tours of France, Italy or Spain, and a sport vastly different from the one we know and (mostly) love today.