A Cyclist’s Paean to the Humble Banana 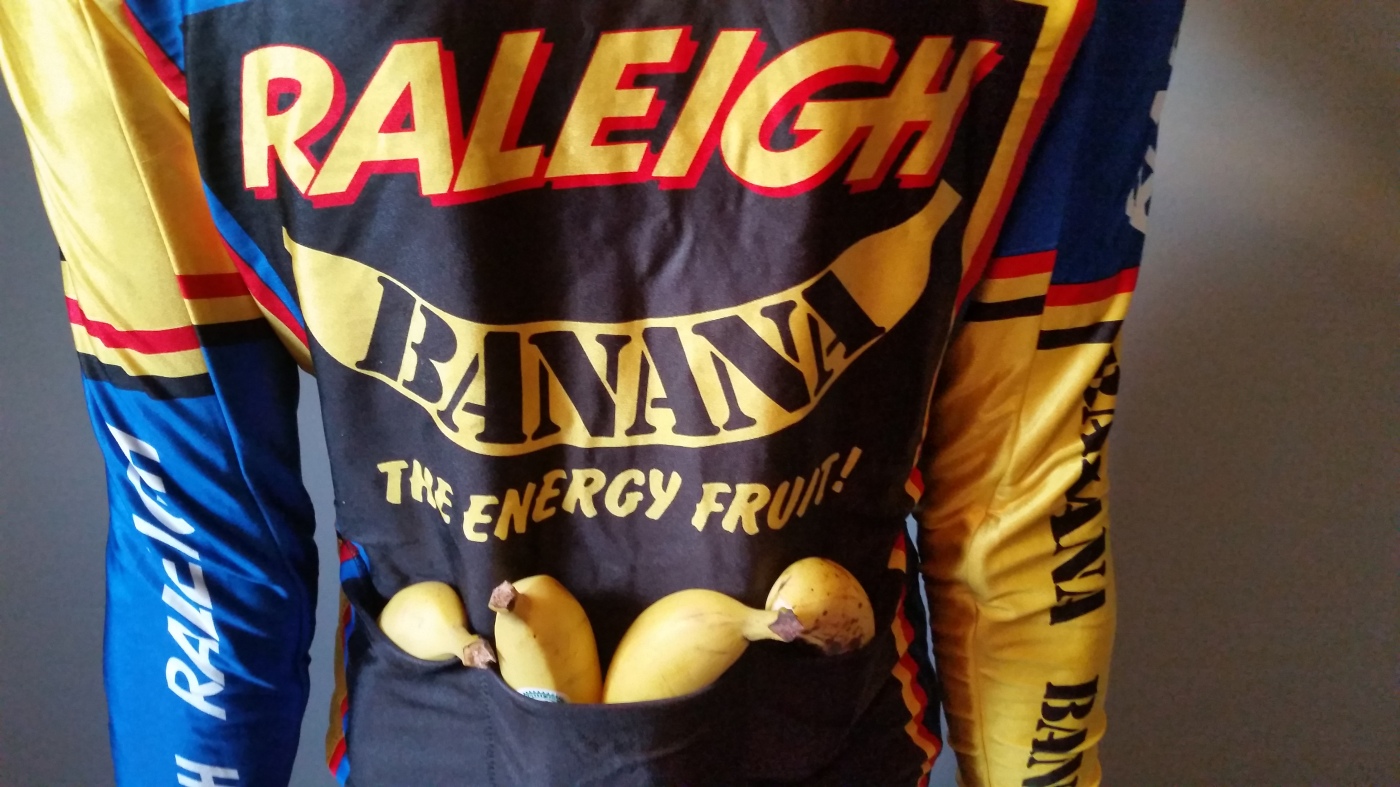 I was watching my guilty-pleasure TV show, Come Dine With Me, the other night when one of the contestants opined their phobia-level hatred of the banana. What had the mellow yellow done to make him so vociferous? I probably didn’t want to know, but I did take an instant dislike to the hater. The banana, you see, is a pal of mine.

​It wouldn’t be overstating matters to say that I owe the humble fruit a debt of gratitude. My formative cycling years were in the 80s and early 90s, an era that lacked the current plethora of energy gels and bars. On every ride of any length, my jersey pockets would contain at least two bananas.

We used to stock up during our weekly supermarket shop, one each for the rest of the family, ten times more for me. I can’t recall our fruit bowl ever holding any other fruit — most probably because there was no room thanks to all the bananas. Any I didn’t eat before they turned brown my mum mashed and baked into banana bread, which was sliced, buttered, wrapped in foil and put into my back pockets alongside the still-yellow specimens. (Despite all this evidence to the contrary, my name is not Eric and I did not grow up at 29 Acacia Road.)

I got to wondering, as I watched the CDWM hater squirm and retch as his fellow diners tucked into a banoffee pie, just how many of my cycling miles have bananas fueled? Thousands, at least. How many bonks have they fended off, how many walls have I avoided hitting thanks to their sustenance?

Bananas really are a cyclist’s best friend, and it’s not just my obsessive’s opinion. They’re a healthy source of fiber, potassium, vitamin B6, vitamin C, and various antioxidants and phytonutrients (whatever the hell they are). Every 100g of banana contains about 25g of carbohydrate and 1g of protein, and they have a relatively low glycemic index so they don’t cause blood-sugar spikes. Plus, they come handily, naturally wrapped, ready to be grabbed, torn open and munched. What’s not to like?

So, to the curved yellow Musa, to the people of plantations who tend and harvest them, I thank you one and all for the many miles you’ve helped me to pedal, and the many more to come. Top banana.