Cycling – Gravel-Riding The Isle of Arran

At the start of this year I swapped my old skinny-tyred Scott CR1 for a fat-ish tyred Jamis gravel bike. If my Twitter feed is anything to go by, a lot of folk see the gravel trend as marketing bollocks designed to sell more bikes. In all honesty, mine has proved something of a revelation. Over the last couple of years I’d begun to get a little tired of tackling the same old, routine road rides in my local patch. Owning a bike that can take the rough with the smooth has allowed me to explore tracks, paths, old drove roads and the like to expand my route itinerary without the hassle of moving house.

That attitude (and the new bike) came with me on a recent family holiday to the Isle of Arran. If you haven’t cycled on Arran then add it to your list. The island is known as Scotland in Miniature because its 432 square-kilometres contains examples of all the landscapes you’ll see on the adjacent mainland: majestic highland peaks, rolling hills, flat(ish) pastures, heather glens, golden sandy bays and rocky cliffs. A ride around its main, circular perimeter road makes for 3 to 6 hours (fitness dependant) of quasi-spiritual cycling. If you aren’t moved by the place then there’s something wrong (with you, not the island).

I’ve ridden the circular loads of times before, clock and anti-clockwise, and tried a couple of figure of eights, breaking the island loop across the middle with longcuts up the String Road and Ross roads (‘easily’ two of the hardest road climbs in Scotland). That’s it as far as roads go on Arran. For me to try something new meant heading off the beaten track. 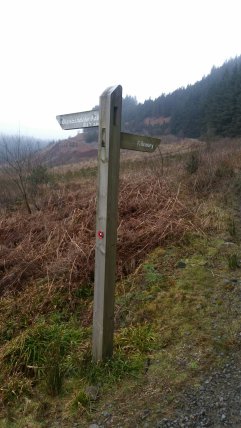 No probs. A quick survey of the Ordnance Survey map and I was off, heading up the hill out the back of Whiting Bay (the small village in the south east of Arran where we were staying) and then on to explore the gravel fire-roads that crisscross the lower half of the island (much of it handily signposted). 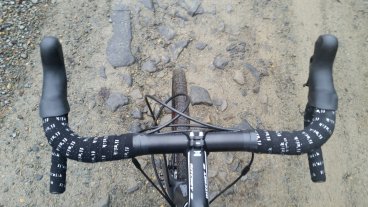 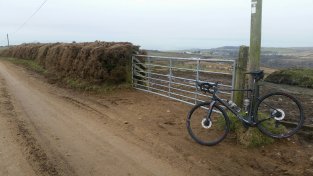 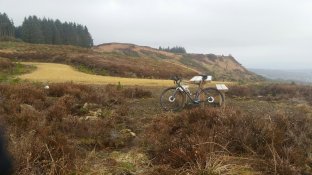 Jumping from path to fire road to tarmac, I found new ways of connecting the various villages, soaked in views of the island I’d never before seen (looking down from High Kildonan is breathtaking, even without fatigue from the climb to get there). Better still, I enjoyed a serious amount of uphill. My first ride (taken in before the rest of the family had roused from their pits) was less than 25 miles but had the same amount of elevation as a jaunt up Alpe D’Huez. 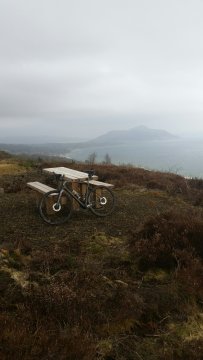 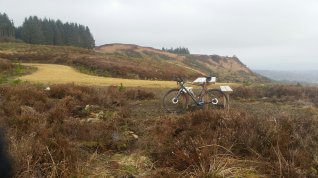 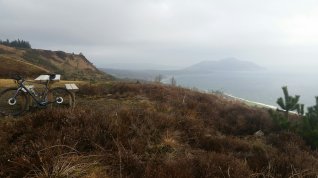 The island is so full of fun, it’s no wonder the organisers of Grinduro selected it as the playground for their Scottish event (wonder if my paltry KOMs will survive that weekend?).

Due to time restraints (families, who needs ’em) I left loads behind ‘undiscovered’. I didn’t try the trail that runs down the Glen Cloy forest to Brodick, missed the Corriegills headland at Lamlash, the Merkland trails behind Brodick Castle, and wasn’t even close to attempting a ride round the Cock of Arran (ooh, Matron!) to Lochranza. I’ve left those ‘discoveries’ until next year’s holiday, unless of course the gravel novelty has worn off by then. 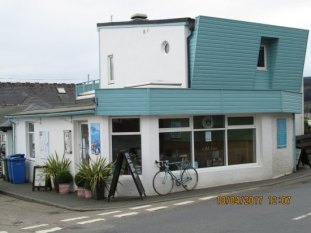 P.S. If, sorry, when you do make it to Arran, I recommend a couple of cyclist-friendly (and cyclist-owned) cafes: Velo Cafe at Lagg has great food and coffee alongside a fantastic array of cycling memorabilia, and The Old Pier Cafe at Lamlash serves an array of baking so good you might get stuck and forget about the cycling.