Review: We Rode All Day by Gareth Cartman 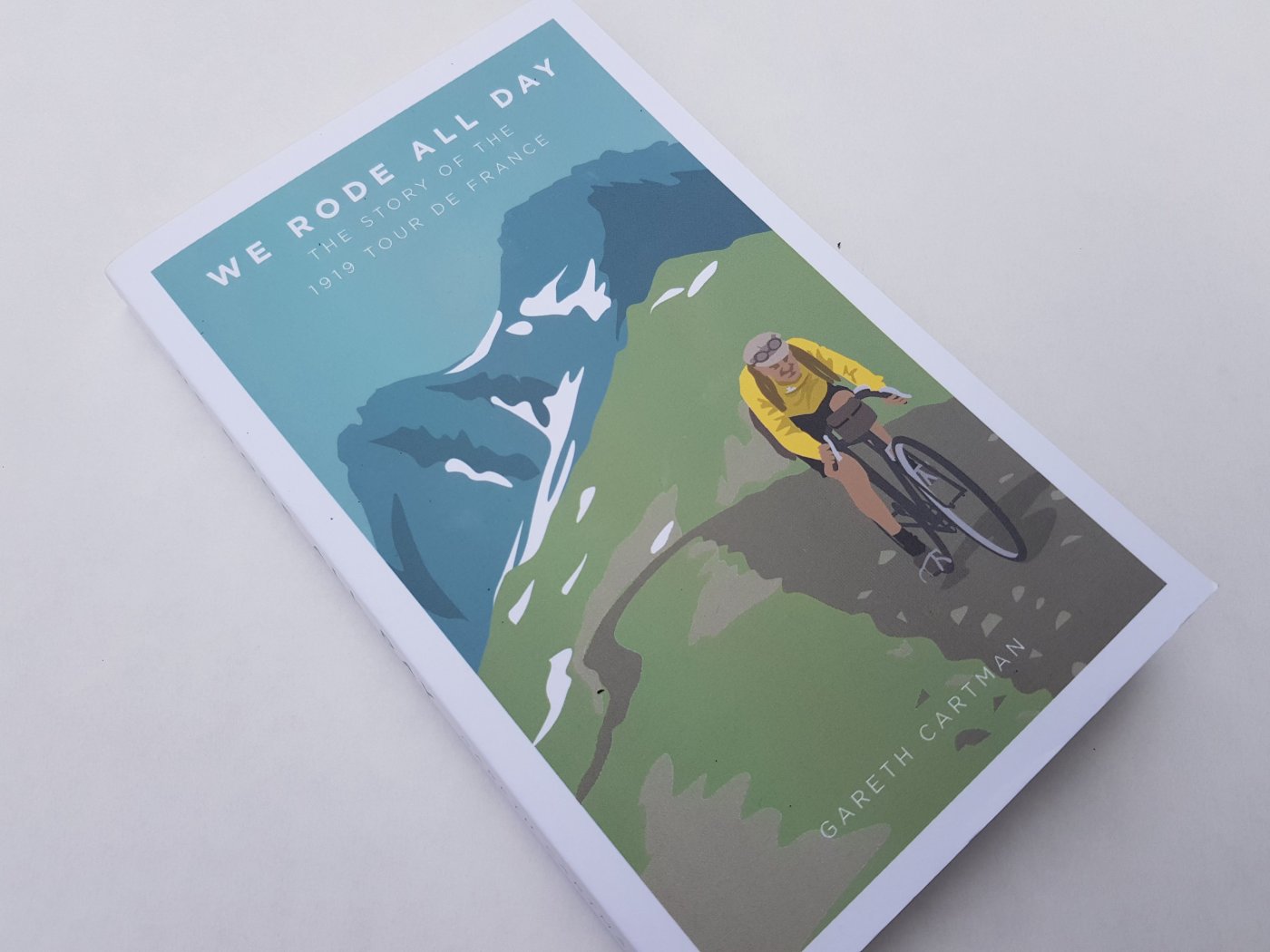 We Rode All Day is a fictionalised account of the 1919 Tour de France, told from the riders’ perspective.

We Rode All Day is a work of fiction based on the historical fact of the 1919 Tour de France. Gareth Cartman has used historical archives, and sometimes artistic license, to conjure a ‘voice’ for each of the featured riders and then set their stories around the events of that year’s race.

Truth is stranger than fiction

Like any of the early Tours, the 1919 edition was an absolute brute: 5500km ridden in just 15 stages across a land ravaged by war, raced by men equally affected — a true story so insane it sounds like a work of fiction.

Cartman has organised his book into a chapter per stage, with sub-sections of each given up to the fictional first-person accounts of the riders and race organisers. As a result, we get a plethora of characters, each offering their own insights and entertainment.

‘The more you eat, the more you’ll need to evacuate, so timing is everything. Two dumps can be fatal, as other riders may attack mid-dump. Three dumps, and frankly you’re out of the race. You might as well puncture.‘

Léon Scieur rides in a mini peloton of the ghosts of riders passed:

‘Lucien Mazan, the man we knew as Petit-Breton, falls in alongside me. Lucien, the dapper, debonair Argentinian, you could have been here, Lucien, you shouldn’t have died.‘

‘I have no nerves now. I’m left with adrenaline and dynamite flooding my veins and I’m not shaking this time. I’m fast.‘

Eugène Cri-Cri Christophe rides in dread of ‘the witch’ of bad luck, and his fear of the looming mountains:

‘You could die of a heart attack on the way up. The air is thinner…you could die by falling into a ravine…be killed by a bear.”

And Honoré Barthélémy suffers throughout from painful ‘nuggets’ (which I wrongly assumed were testicles but turned out to be toes):

‘Ah man, me nuggets…I spent last night with me right nugget in a bowl of ice, not nice.’

I can’t vouch for the factual accuracy of the characterisations but I really enjoyed the stories they told. Cycling histories can prove a little dull, an overload of numbers, dates and places. We Rode All Day is literally a novel approach to the genre that adds an extra dimension, brings the personal suffering, the kindnesses, greed and glories to life.

Suspend your disbelief, hop into the saddle and ride the 1919 Tour with the men who were actually there.

We Rode All Day by Gareth Cartman is available for Kindle and on paperback.